Suicide, Bullying, and My Kids' School 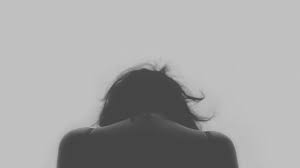 When you find out many months after it happened that a teacher from your kids’ school committed suicide, you take notice. When the story implies the suicide was based on bullying by fellow staff members, you start to wonder. When you spend a half hour reading all the Facebook comments, even more considerations enter your brain. The death of MPS teacher Karis Ann Ross was an unfortunate event, but I hesitate to take it much beyond that, mainly because we’re all just people.

Like I said, I saw the information and a lot of the comments, but I don’t know all the nuances, and that’s why I’m not quick to judge anyone. Some people want to blame MPS, others the principal, others the staff members mentioned in the suicide note, and still others Ms. Ross herself. The story is getting a lot of attention right now, months after the incident took place. I suppose her friend, who wrote the open letter, at least knew that such a revelation to the public could wait until after the school year, being a teacher herself. But now it will have to get dealt with in some way, and I kind of worry about how that will happen.

First, you’ve got the letter. Obviously, if anything bad happened to one of my kids, family, or friends and I felt someone was to blame (or not), I’d write about it. Anyone who’s read my writing on this site can see that. I want the world to be a better place, and sometimes it takes shining a light on what is not good in order for that to happen. Ross’s mom says she doesn’t want to blame MPS, but of course that’s what the letter does. Again, I can’t fault the friend for wanting others to know the pain felt by Ms Ross, friends, and family. My only concern would be that, when I was a teacher, I would never have posted such a letter to my own website promoting myself as a teacher. But that’s just me. The fact is that I went to her website, and if you’re reading this post, you probably did, too. That’s the point of having a website. She saw the opportunity to get a lot of attention and took it, and now she gets to deal with the good and (possibly) bad of that attention.

The fact that the letter names one person and leaves the others out makes it a bit disturbing, as well, especially since so many of the Facebook comments I saw wanted to blame those blamed in the letter as culpable for a death. The principal will now have to deal with being the one person named. The others, who I could name because I have a yearbook (and were mentioned in the suicide note), are left unnamed. I’m not going to say her the friend’s decision to name one and not the others was right, but what I do know is that anyone who would have been named specifically will receive their own share of bullying from others online. That’s the way we work. After we look for blame, now we’ll seek revenge. People will try to find out more in order to exact that revenge, though it seems easier to blame an entity like MPS, which appears to have most of the negative press to deal with right now. My honest opinion is that no one involved directly or indirectly in the situation at the school feels like Ms Ross somehow got what she deserved. I’m sure everyone feels some blame. I was a teacher, and I never wished anything terrible would happen to a fellow educator, even if some of them annoyed me once in a while. Even if some of them probably played a role in my early dismissal from the field.

That takes us back around to people being people, though. I WAS annoyed by some of the other staff at my school, but I kept to myself and rarely voiced my opinion to anyone but my poor wife. Let me use an illustration to show how other people can be misinterpreted, however. I always felt like this one teacher in my department was concerned about my work ethic or how I was teaching. She was the department chair and seemed like the perfect teacher. I was always a little scatterbrained, often didn’t talk a whole lot at meetings, and taught the creative-type classes. I was always paranoid when she came in my room to talk to me or when I saw her in the hall as I got a drink of water while my students worked. I thought she thought I was trying to get away with something. When I was told I was being laid off, however, she was the first to defend me, write a letter to the principal, and even share a few tears in my classroom. A year earlier, if anyone would have asked me who’d be the first to come to my defense, I would not have named her. In fact, I might have even assumed she didn’t appreciate my skills as a teacher. Of course, I’m not saying this is the case in the events at my kids’ school, but I know from experience that it’s sometimes hard to read others, especially if we think they might be against us in some way. My perception created something that wasn’t there, but I’m sure plenty of real stress IS created by people not liking one another at work, especially for those with leadership roles.

My sister was just offered a job as a teacher coach. More accurately, her program was cut and she was offered a job to help teachers who were identified as needing help by the district. Some might think of that as more of a spy. She would have told other teachers how to teach. They would have hated her. I know because it happened in my district. Those in charge will often feel the disdain of those who don’t like their situation. My sister is not transgendered or anything, but she would have gotten bullied all the same. And this isn’t a school phenomenon, I am sure. When the boss’s kid, who barely passed college classes, gets promoted ahead of you at work, that’s the feeling. Or maybe you've assumed someone took your promotion because of affirmative action.  And that person knows what others might be thinking, and it’s not fun. I’m not saying it played a huge role in this case, but I know that since Act 10 in Wisconsin, teachers have been on-edge and the atmosphere in many schools has become more negative than in the past. Those in charge of passing new mandates along to their subordinates end up with a lot of the blame.

I wish that life was really like the end of Revenge of the Nerds or Mean Girls, when everyone stands up and acknowledges that they’ve been victims and are now going to change. The problem is that society is not set up that way. We are better off conforming. For example, my mother-in-law, who might be the only person who has read the article to this point, has told my wife that I ought to be careful what I write because potential employers might see some of my writing as negative. And she’s probably right. We’re supposed to conform. I’m supposed to post videos of kittens and cute kids on my blog, while writing about happiness and rainbows. You formed an opinion about me way before right now in the article, and you probably won’t bother to read other articles in order to get a bigger picture. If I walked up to the local gas station in an hour wearing my wife’s dress, they’d look at me funny and maybe even say something. Sure, some of you wouldn’t, but what if I showed up wearing a suit, sporting a Bible, and quoting scriptures to you? We’re trained to conform. In and out of school. In and out of work.

My dad always told one of the most interesting stories of conforming/bullying. He said back at his elementary school, if a boy mistreated a girl, the other boys would drag him into the bathroom and kick his ass. I asked him if they’d get into trouble for that, and he said no. Think about that and the videos you see of some thug that is bullying someone on a bus and then gets pummeled. Who’s conforming, and who’s bullying? Who’s acting like a flawed human being?

We bully others to get our way. You might think it’s right to bully the Christians to stop being so damn righteous or the homosexuals for being so sinful. If everyone else was just more like you or less like themselves, we’d all be happier. (Before someone goes nuts and says I don't know what transgendered, homosexual, affirmative action, or Christian mean, keep in mind that I am making illustrative points, which are not meant to be exhaustively specific. Rather, I am representing groups by how others see those groups, and you being IN one of the groups often makes you a vocal minority, but not in charge of how most of society sees you.)

In the end, I’m going to conform and say bullying is wrong. However, I know that so many events in our world have so many possible outcomes. A disgruntled elementary school teacher who decides to hurt others at the school because of bullying would have turned from victim to assailant. In most versions of the scenario, some or all parties would have found a way to conform and get along. However, in this version of how life sometimes turns out, a bad thing happened, and now everyone’s looking around for the appropriate target. As for me, I am not going to talk to my kids about this incident. I’m not going to blame the woman who took her own life. I’m not going to blame her friends and family for possible lack of support or bringing the situation to light. I’m not going to blame the school employees or district. I’m not going to blame myself for not smiling at her in the hallway (if I ever met her). And that’s about it. I don’t ask for whom the bell tolls because it tolls for all of us. We’re all connected and all feel loss when someone suffers, but I can say in this case I will avoid casting any stones.