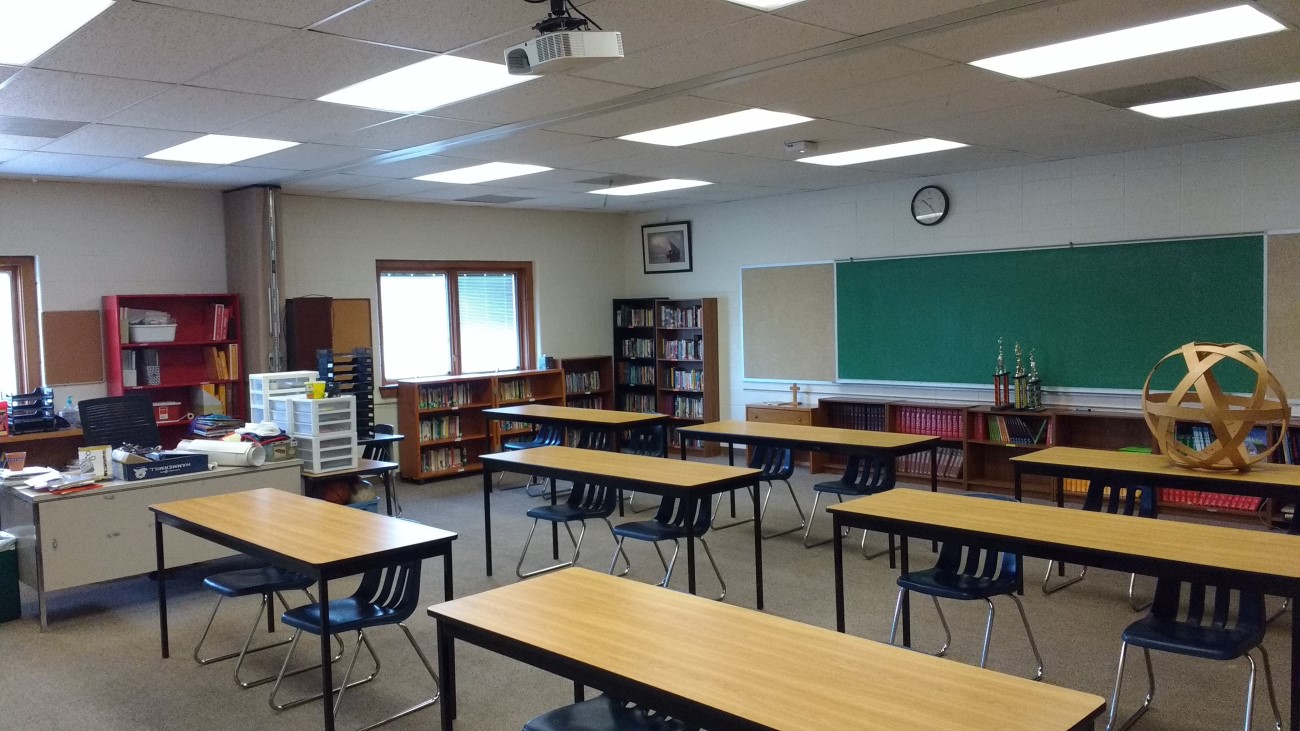 If you have students in a private school, you probably have a school auction problem. If there's a church attached to the school, that problem might be more complicated. I assume not all schools use the funds from the auction for the same purposes, but it does seem to be part of a budget that might already include you feeling like you pay for everything. And that's probably because you do--that's what a private school is all about. So how to handle the auction.

We were part of a school in Kansas that was declining a bit as a school, but the church side was hugely supportive, especially when it came to the auction. It raised about four times the money of our current school auction with,basically, the same number of students. I'd even say that the total number of church/school families are about the same, even if the Kansas church is larger. The auction should not be relied on as guaranteed income, but if you find a formula that works, that's great.My analysis might help you to fine tune your own auction for your needs in order to avoid the disappointment we've experienced since leaving Kansas.

Our last school focused on hand-made class items to be sold. Crafty stuff that cost nothing. A parent would buy it and then often donate it to a classroom or teacher. That's pretty generous, to pay $50 for a bunch of fingerpaint, only to give it away. The next school we were at had classroom parents buying an item to be sold at the auction. So one class might say that every parent needs to give $10 or $20 for the item. So people are buying $200 items with parents' money in the hopes that someone might pay $300 for it. So the parents pay a total of $500 for the item, and the school gets $300, but it really feels more like $100 to parents in the class. I know it's a good time for some parents to show off that they're high-rollers, but they can also do that by bidding $100 for a class project. I assume someone out there complained about bidding on fingerpaints. But fingerpaints are cute, and $300 electronic items don't often sell for $300 at an auction.

Our last school also had a few parents who worked in jobs where they could get discounted items that they purchased and then offered to the auction. I assume the next school has the same kind of connections. It can be a good way to get your home business out there. I think there was also a solid network established with local businesses willing to donate items at that school. Basically, the auction was jam-packed. In our second year at the new school, I offered an item associated with my blog, but I never received a follow-up from the person running the auction on my donation. So it never happened. Basically, organization fail when you have one person trying to run the whole shebang.

The Kansas school also had several teacher items, wherein a teacher would give an experience with a student. I liked that idea, even if it was a little bit of a hassle for my wife/teacher. She offered to take a kid and parent to a arboretum, but going to an art museum or the zoo would also work. I'd just tell the teachers to focus on something they like to do or have a membership to get in free. Some teachers had one or two kids over for dinner and a movie. In our current location, a day at the beach would be a perfect offering.That kind of stuff. Again, very little money laid out and a decent return. I think my wife raised $50+ for the school, and our zoo membership got the group into the arboretum for free.

There was also some kind of rapid-fire bidding to give to the scholarship fund. I don't even remember how it went, but I know we were shamed into at least giving the lowest amount. Some people just kept on giving more. These people were excited about giving. Again, I think it was just a tradition, and you could see that some of the old-timers wanted to out-do one another. Our next school had little to no excitement built into the night. I was kind of excited about the keg of local beer someone brought to sell, but that was minimal.

The last school's auction also had a principal challenge. This raised a lot of money for the principal to do something or other. It was just everyone giving as much as they cared toward a total. I didn't care to give anything because I had learned to dislike the principal a bit, but people seemed to want the kids to see this person do something silly. Somewhat related was the principal for a day. One kid got to make up rules and sit in the desk for part of the day.

All told, that school, similar in size to our next school, raised enough money to pretty much pay for a teacher each year. But it had a lot to do with the fact that well over 50% of the kids went to the church, and probably closer to 75% of their grandparents or parents were members of the church at some point. The next school is less than 20% church kids. Sure, some parents might spend a little at the auction, but the grandparents won't be there to put the auction to bed. It's also not well defined whether it's a school event or a church event, so it's kind of neither.

Another issue that might come up would be church parents who are not school parents. They might technically support the school, and they might feel like it's the thing to do, but that's not really the case. Our church in Wisconsin kind of invited all church parents and kids to an auction-like festival that was so centered on the school that it made us very uncomfortable as non-school parents at that point. It's better to just make it clear what the purpose of the auction is, even though you DO want church members to get involved. If you only have 20% of the school coming from the church, that church needs to know how important the outreach is, and the auction should acknowledge this.

Mostly, a successful auction seems to be about culture and atmosphere. Our current church and school has a culture and atmosphere of the same people who always come to events showing up at the auction in order to try to get a good deal on something. The school-only parents feel that their contribution is the money given in class. The teachers and principals and pastors don't offer challenges. Basically, everyone takes the path of least resistance to get through the event, and it raises just enough to cover the costs of the party. But establishing a culture and atmosphere that is more exciting would take some effort. If you're ready, use some of the ideas in this post, as well as others you find online, and it should help. Oh, and remember the grandparents.